Hub     Blogs     What is Decision Intelligence? 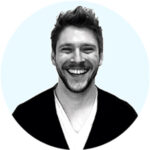 What is Decision Intelligence?

Scenario #1: You're the CEO of an online-only retailer.

Your merchandising team is aware that you have excess inventory of a type of sneaker spread across different warehouses across the country.

After a lot of digging into vast spreadsheets of SKU information, you see that the sneakers aren’t selling. You’re not sure why.

It’s now reaching the point where you’re considering dropping the price in your online store.

You hope that the marketing team will place them on the homepage, and in the discount section, and in the next mailshot, but this might take a couple of weeks as they are super busy – and still you won’t be guaranteed to shift the rest of the stock.

Given the sales of similar shoes in the past, you think that you’ll need to drop the price considerably before the end of the season. You’ll lose margin, but you’ll hopefully shift the rest of them to release the capital employed.

The sneakers are spread out across the country and in different warehouses, too, so it will also take a while to fulfill the orders. Customers might be frustrated, but they’ll eventually have bagged themselves a bargain, and be happy.

At least you hope so.

Scenario #2: The same company, and yet different

Your merchandisers can see that across your thousands of products, those same shoes were not selling as quickly as expected. They spot this rapidly, just days after the sneakers were launched. They didn’t have to search – this anomaly was flagged automatically.

At the click of a button, the marketing team can see a segment of customers that are in the market to buy and who love this brand.

In a few clicks, they’ve set up and sent a personalized marketing message to them, and within a day, the rate of sale has increased massively.

For the remaining pairs that didn’t sell, the same team instantly set up a PPC campaign to target likely buyers at a low cost-per-acquisition (CPA). The rest now sell. What’s more, you’ve personalized the experience and upsold them with a set of socks that other customers think are the perfect pairing. The margin on those is higher.

The goods are already on the way – your warehouses already had the optimum stock levels in each location, based on predicted demand, with your pickface optimized to fulfill promptly and efficiently.

This information is fed back into the systems used, so it learns over time. It gets better, easier, faster, more accurate.

This organization is responsive, lean, connected, and operating in sync.

No margins lost, no inefficiency, and lots of growth.

Imagine what it would feel like to work at the second company – to be a member of a team that could operate at such a consistently high level. To make impactful decisions quickly and consistently.

What’s the difference? The second company is a Decision Intelligence-driven company.

A new category of technology

The potential applications of AI are vast, but Decision Intelligence is concerned with using AI in a commercial context, specifically looking at commercial outcomes. It’s not enough for projects to exist in isolation, away from the front lines; Decision Intelligence ultimately exists to help commercial decision makers make great decisions quickly, and empower organizations to leapfrog their competition, to dominate their industry, and to win.

The way to become Decision Intelligence-driven is deceptively simple. Here it is in just three steps:

This simplicity belies the fact that to do the above is not an easy endeavor. It requires that you be able to move from raw, sometimes unstructured, separate silos of information all the way through some complex data science, to being able to rapidly put that enriched data to use in various different places in a business. Peak has been partnering with customers to help them become Decision Intelligence-driven for years. But we’ll come to that a bit later…

Teams of people, turned up to 11

Decision Intelligence is immensely powerful because it represents the first time that the technology we use can go beyond computing and showing us data (though it can do that, too.) With Decision Intelligence, it can help to guide, inform, and suggest courses of action to us, and predict the consequences of those decisions. In other words, technology can now make commercial decisions with us.

It also represents the ability for all commercial decision makers to operate at a level that is simply not possible without this technology. For example, when making a decision, using any and all relevant information will make the decision more informed and, therefore, better.  For a person, this can become prohibitively time consuming – thousands of lines of information in a spreadsheet, with loads of columns, hundreds of reports, and disparate pieces of information. Dozens of separate business systems, millions of data points, and an incalculable number of different scenarios. With Decision Intelligence, all of that data can be combined, analyzed and predictions made, instantly. It gives time back to people to work on the outcome of the decision, allowing everyone to do more with each day.

With Decision Intelligence you can spend time on results, not on the sourcing, combining, and analysing of data.

Decision Intelligence can help make cross-functional, organization-wide decisions in a way that has never been possible before. By always connecting up disparate, previously siloed data sources across multiple areas of a business, decisions can be made in the knowledge of how different events, market conditions, and decisions affect each other.

All areas of a value chain of products can be operated in sync – all in a constantly improving, responsive, ever-improving system. An entire organization can operate in harmony, working together towards a common goal – growth, profit, and winning.

It also means that an organization can react faster to external forces faster than ever before. If 2020 taught us anything, it’s that market conditions, customer behavior, and how we consume can change rapidly and unpredictably. Decision Intelligence, as described, is uniquely equipped to allow people to react quickly. Since models can be retrained and take into account vast data sets and look at patterns as they shift, Decision Intelligence can help us adapt, and adapt fast.

Decision Intelligence capitalizes on changes in consumer behavior and market conditions, grabbing opportunities from the jaws of indecision.

In other words, it’s superhuman decision making, all the time

In the first examples, we used a retailer to illustrate the power of Decision Intelligence, but it’s not limited to a particular industry. Any company that wants to transform its decision making and drive revenue and growth can benefit from this new way of thinking about organizational-wide decisions. Peak predominantly works with customers across retail, manufacturing, and consumer packaged goods (CPG), but we also understand that Decision Intelligence can be used in any industry, by any company looking to drive growth.

Decision Intelligence is bigger than Peak, and that excites us.

It’s not the future, it’s now

This is not a pipedream. Companies are already reaping the benefits of utilizing AI to drive business outcomes.

75% of what you watch on Netflix is suggested to you by AI. 35% of Amazon’s sales are driven by its recommendation algorithm.

McKinsey predicts that those that move quickly to adopt AI are going to win, and that  “front-runners are likely to benefit disproportionately. By 2030, they could potentially double their cash flow.”

Peak believes that using AI to drive commercial decisions should be accessible and not reserved only for tech giants. We’ve helped the likes of PrettyLittleThing, Speedy, Aludium, AO, Footasylum, PepsiCo and more embrace the transformative change that Decision Intelligence can bring. We’d love you to read more about their success.

Decision Intelligence is a new term for the work we were already doing. We’re really excited to be able to share what it means to us, our customers, and the future of commercial decision making.

You can probably tell.

How to revolutionize decision making, grow your business, and improve your bottom line.
Get the guide!
Decision Intelligence

How to get started with Decision Intelligence

Take the first steps on your journey to AI-powered decision making.
Get the guide!
Decision Intelligence

We surveyed 500 UK C-suite leaders to learn about their decision making...
Get the guide!