It’s safe that say that one of the best things about working from home is getting to spend more time with our four-legged friends. This month’s Meet Peak is all about the good boys and girls that are helping us get through lockdown – say hello to (some of) the Pets of Peak! 🐶😸🦎

Tell us a story: Rebus was a working gun dog for much of his life, and was pretty good at it. When he retired, there was a lot of spare time in his life, so he now just retrieves anything and everything. You’ll be sitting around the house and he’ll just bring you a shoe, go away, bring a toy, bring a bag…literally anything on the floor gets brought to you eventually!

Tell us a story: As a pup (can’t have been over 12 months old), he was out on a walk with my sister, Rachel, when she realised she’d dropped her phone somewhere along the way. They turned around and traced back their steps through a field, but Rachel couldn’t find her phone anywhere. Monty was off the lead running around and sniffing anything he could, and after about 10/15 mins he returned to Rachel with her phone in his mouth…happy ending? Not quite! He then refused to give the phone back (thinking it was a game) and when he eventually did drop the phone, it was straight into a muddy puddle – phone broken!

Tell us an interesting fact: 1) Has over 8,000 followers on Instagram, 2) weighs nearly 50kg, 3) one of his favourite snacks is raw egg – shell and everything! 🥚

Tell us a story: He’ll do anything for food (but food also includes a bee he ate a couple of weeks ago – he ended up in the emergency vets with a swollen face!) 🐝🐶

Tell us an interesting fact: He gets the worst FOMO ever, and won’t settle if anything at all is going on…even if that’s someone going to the toilet. He also finds blankets the most exciting thing in the world!

Tell us a story: Last Christmas, my husband left a party at his parents’ house to drop off some presents and check in on Prince. After a couple of runs around the garden and leaving the presents neatly under our tree, he came back to the party. We arrived home at 1am to find that Prince had dug the presents out from under the tree, dug to the bottom of a bag and ate an ENTIRE box of chocolates (my favourite kind of course.) We spent the early hours of Boxing Day on the phone with an emergency vet and trying to calm down a very hyper husky puppy. He was doing laps of the lounge and having a whale of a time! Not our proudest moment as dog owners, but we were so thankful that Prince was perfectly fine.

Tell us an interesting fact: Prince is a rescue. He was found chained to the front gate of the London Battersea Dog Rescue. After moving from London to Cornwall to Leeds, he finally has his forever home in the countryside of Cheshire!

Tell us a story: We got married very close to where we live, so managed to sneak away from all of our guests for 20 minutes to have some photos taken with Luna. Needless to say, being a cat, she looks very grumpy in all of them…but that’s the Luna we know and love!

Tell us an interesting fact: When we adopted Luna as a kitten, she had no whiskers! Her sister had bitten them off; her sister was blind in one eye so the shelter thought that she bullied Luna as a way of overcompensating. (😢)

Tell us a story: With only 10 weeks under his belt so far, Javi hasn’t quite built up a significant rap sheet just yet! The naughtiest thing he has done so far is actually more like the most foolish thing my partner and I have done so far since owning him. I thought it would be cute on day three of owning him to take him up to bed to wake up Dave, my partner. As I had Peak Fit Club that morning, I left Javi upstairs to be watched by Dave and went downstairs for 30 mins of HIIT. I did my exercise and then went upstairs to check on them both as it was very quiet! I found Dave fast asleep and Javi bouncing around the bed after peeing all over it, which he thought was great fun…I wasn’t impressed and I think Dave was more in the dog house than Javi afterwards!

Tell us an interesting fact: French bulldogs did not actually originate from France. They are of English origin from the British Bulldog, and were taken over to France by lace makers in the early 1800s, when the industrial revolution forced them to up sticks and move from the UK to Normandy in France.

Tell us a story: Walter is getting on a bit now – hence the beard. He’s still very wise, though, and still likes hanging out and chasing foxes.

Tell us a story: I once had a phone call from someone a few streets away asking if my cat was lost…because Hansel had been sat on their windowsill miaowing incessantly at them for several hours!

Tell us an interesting fact: The cats knew my wife was pregnant before we did – they suddenly started curling up and laying on her belly whenever she sat on the sofa. That continued as the bump grew! Apparently they can detect the extra warmth and like warm places to sleep.

Tell us a story: We had a chair delivered for our girl’s nursery, and when I let the delivery guys upstairs and there was this tiny, white (maybe Persian?) fluffy cat that’d walked in our open door and followed them upstairs! Salta could smell the cat – she lost her s**t behind the downstairs door; it sounded like she was mauling a bear! I picked up the cat, ran it outside (fearing for its fluffy life) and popped it down on the street. I turned back into the house, opened the living room door… and Salta came steaming out, only to be confronted by the cat who’d casually run back inside. It couldn’t be less bothered! Salta put on the brakes, then jumped over it, ran outside and hid behind the tree in our front garden/porch area.

Tell us an interesting fact: She’s a loveable lunatic! Big bark, and a complete whimp!

Tell us a story: She’s best friends with our postman and occasionally tries to sneak off and go on his rounds with him! 📬

Tell us an interesting fact: She’s always hungry, regardless of how much she has been fed!

Tell us a story: He once pooed three times in the space of 60 seconds in the flat, then ran through it and vomited. Not sure you can put that in though (edit–we definitely can.) He’s also named after the one and only Rudy’s pizza restaurant in Manchester – we’re looking forward to taking him for his first visit as soon as we can! 🍕

Tell us an interesting fact: He loves stealing socks 🧦

Tell us a story: We thought cooking a large lasagne to eat over a few days was a smart move. However, we left it in the oven to have the next day and, while we were at work, Ted opened the oven and proceeded to eat about six adult portions of lasagne at six months old…he has loved pasta ever since 🍝

Tell us an interesting fact: Ted came into existence after his mum jumped over a 6ft fence to get to the neighbour’s dog…a fence can’t get in the way of true love.

Tell us a story: Newton isn’t the strongest of climbers; ascending or descending is a particular issue for him – even with his sharp claws! One particular time, Newton attempted to climb stairs, it was a hilarious fail as he couldn’t understand how steps worked. We’ve also caught him trying to scale the sofa on camera – he often thinks running upwards is the key to getting up higher!

On a more serious note – he’s an avid poker player, they call him “Bristles Bluff,” and has won the World Series of Poker tournament and Super High Roller Bowl in three consecutive years. His blank emotionless stare has challenged multiple world-class poker players, who are completely unaware of Newton’s game, a massive poker advantage indeed!

Tell us an interesting fact: Bearded Dragons have three eyes! The one on the top of their head, is called parietal eye, and senses shadows and movement from above, and they use it to spot preying birds. When threatened, a bearded dragon will open its mouth, raise its chin, and puff out its beard (which goes black) to make itself appear bigger. This dramatic display may also be accompanied by a hiss! 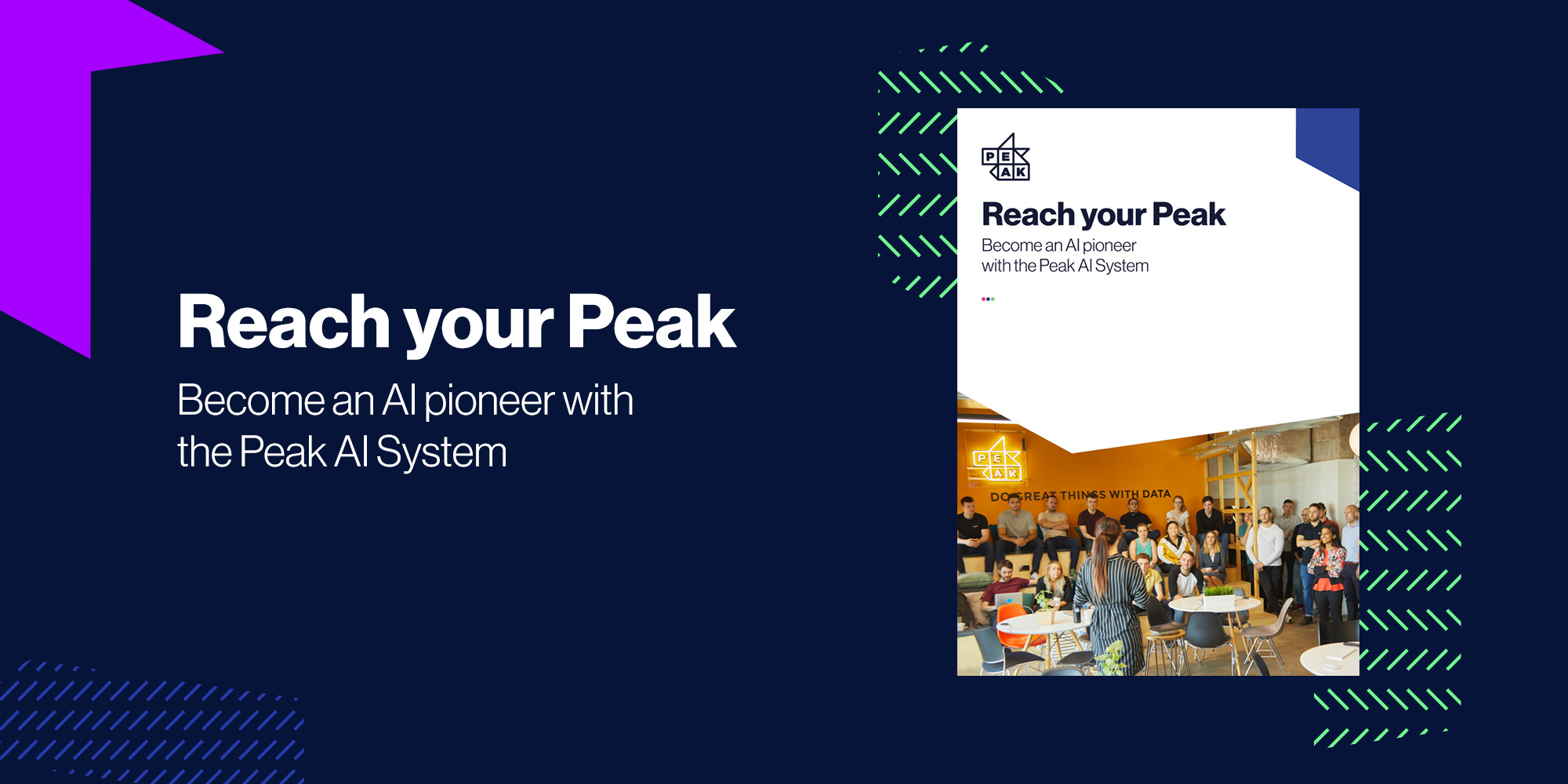 We use cookies to personalize and enhance your experience. By continuing to browse this site you agree to our use of cookies.
Learn more