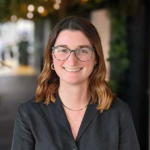 The importance of role models for women in data science

No matter what industry or career path you’re following, it’s so important to have role models.

Role models provide examples and templates for success that help you to visualize how you can get to the same position.

People you know and love can be your role models – they don’t all have to work in the same area as you. Personally, my mum (pictured alongside me below!) has been a fantastic role model for me; she worked as a law professor while being a great mum to my brothers and I. She not only showed me that you can balance career and family, but that you can excel at both, too!

She mentioned once that she found being a parent useful for her job –  it made her more empathetic with students who might be struggling as she could relate to them by thinking of us and how we’d feel in the same situation. I think this way of looking at work and family is great, not to see work as impacting family life negatively or vice-versa, but how they can complement each other. While my mum’s career wasn’t in technology, she’s had (and continues to have in her well-deserved retirement!) a massive impact on me and how I see my future, in terms of having my own family life as well as a successful career.

Having role models at your place of work can be really valuable. These role models can be someone much higher up than you, your line manager, or any of your colleagues. It doesn’t matter what their particular job is as long as you’re inspired by them and what they’re doing.

I did a PhD before joining Peak and worked in a very niche area of theoretical computer science that overlapped with artificial intelligence (AI). There were almost no women in that field (I once had a paper at a conference where I was the only female author) but during my PhD I met Dr Natalie Schluter who was one of the only other women studying theoretical problems that I’d come across.

She was an amazing role model for me and really helped me not only with academic problems, but also was someone I felt comfortable talking to about my future career and how working in academia or industry might have an impact on things like family life. It’s so important to have people that you can be honest with and have open discussions that affect you, particularly as a woman in technology.

At Peak, I’ve been incredibly lucky to work with our Head of Data Science Operations, Amy Sharif. We’ve worked closely together on customer projects, D&I initiatives and have been peers in the data science management team leading major projects like starting Peak’s first graduate scheme. We regularly check in with each other when we’re unsure of something or just want to get a second opinion. It’s really valuable for both of us to have someone we can speak to easily about work, life or anything that might come up in a very safe way – both safe in the knowledge that we’re not going to be judged by the other. I’d really recommend finding someone like this if you don’t have someone already!

Role models can be someone much higher up than you, your line manager, or any of your colleagues. It doesn’t matter what their particular job is as long as you’re inspired by them and what they’re doing.

You can also look outside of your own circle for role models. It’s worth thinking about what you’re looking for and using that to guide which people to pay attention to. You could look for someone who has a career you’d love to emulate or perhaps someone who has in-depth skills in an area you know nothing about but want exposure to. It’s also worth thinking about how you like to take in this kind of information – it could be reading a book, following someone on social media, watching videos among many others.

It’s also great to have role models that you can see something of yourself in – this can be really inspiring. That said, it’s worth considering role models that are different to you, too, and having some diversity in the people you follow. For example, if you’re from an underrepresented group then your role models don’t necessarily all have to be too. I asked the Peak data science team who some of their public role models were and got a great mixture of answers including Cassie Kozyrkov, Caroline Criado-Perez, Julie Zhou, Hannah Fry and Marissa Mayer.

Different people can be role models to you at different points in your career. For example, when I was a new manager I read Julie Zhou’s book The Making of a Manager which really helped me in my new role and gave me a new role model in her.

The main thing with public role models is that it’s up to you how many you have and make sure that you’re getting something out of any people you do follow!

Sorcha is a data science team leader at Peak and has worked for the business since June 2019. Prior to joining Peak, she did a PhD in natural language processing at the University of Edinburgh after studying mathematical sciences at University College Cork.

Why we need more women in data science

Do I need a PhD to be a data scientist?

By Stuart Davie and Tom Hassall on March 29, 2021
Read more
See all blogs