MANCHESTER, UK – 24 February 2020 – Peak, a pioneering AI company, announced today that it has been named as one of the Sunday Times’ Top 100 Best Small Companies to Work For, entering the list for the first time and ranking straight in at 45th place. In addition, Peak made the list of the The Best Companies to Work For in the North West, coming straight in at number 20.

Survey responses from its own team placed Peak in the top bracket of companies with the Best Companies 3-star accreditation, which recognises extraordinary levels of employee engagement.

“We started Peak with the mission to build an amazing company that everyone loves being part of, and to help our customers do great things with data,” commented Richard Potter, co-founder and CEO of Peak.

“For our staff to overwhelmingly say they feel valued and care for each other at Peak is a fantastic achievement for the entire team. At Peak, we want to build the best company in the world to be a part of, with a high degree of trust, empowerment and commitment to wellbeing. We’re aiming to create a sustainable, high-performance culture that becomes the company’s competitive advantage as we grow. Our amazing achievement in this year’s Best Companies survey shows that we are on the right path and our hard work is paying off.”

Peak puts culture at the heart of its mission and company strategy. The Best Companies survey found that 100% of Peak’s employees agreed that the experience they gain from their job is valuable for their future, that the people in their team care for each other, and that they can make a valuable contribution to the success of the organisation.

Peak co-founder and CIO, David Leitch, celebrates in style with some of the Peak People team 🍾

“This is a huge honour for the entire Peak team and is testament to all we have done to make working here a fantastic experience,” added Lucy Tannahill, Head of People at Peak. “I joined the company four years ago with the goal to make working here a fantastic experience for everyone. There’s no hiding place with the Best Companies survey, so we are incredibly proud and humbled to have achieved this accreditation. This award is for every single person in the company, who all contribute in their own way to Peak being both a successful and a ‘best’ company.”

Peak is headquartered in the heart of Manchester city centre 🐝

Peak’s customer, Tom Summerfield, Head of Commerce at Footasylum added, “Footasylum chose Peak as its AI partner, not only because of its technical skill set but because the two businesses are aligned culturally. We are both dedicated to driving innovation and progress in our industries, and this collaboration and like-mindedness has led to a strong, successful relationship”.

“I would like to congratulate Peak on its achievement. Best Companies has been producing the accreditation standard since 2006 to acknowledge excellence in the workplace,” added Jonathan Austin, CEO and founder, Best Companies. “Organisations like Peak have continued to focus on their employees and have been rewarded with an engaged workforce who tell us that it is a ‘best company’ to work for.”

Over 100 staff now work for Peak across its global offices 🌎

Best Companies is an annual survey and recognition programme which sets the standard for workplace engagement and employee wellbeing. You can view the full Sunday Times 100 Best Small Companies to Work For list here. 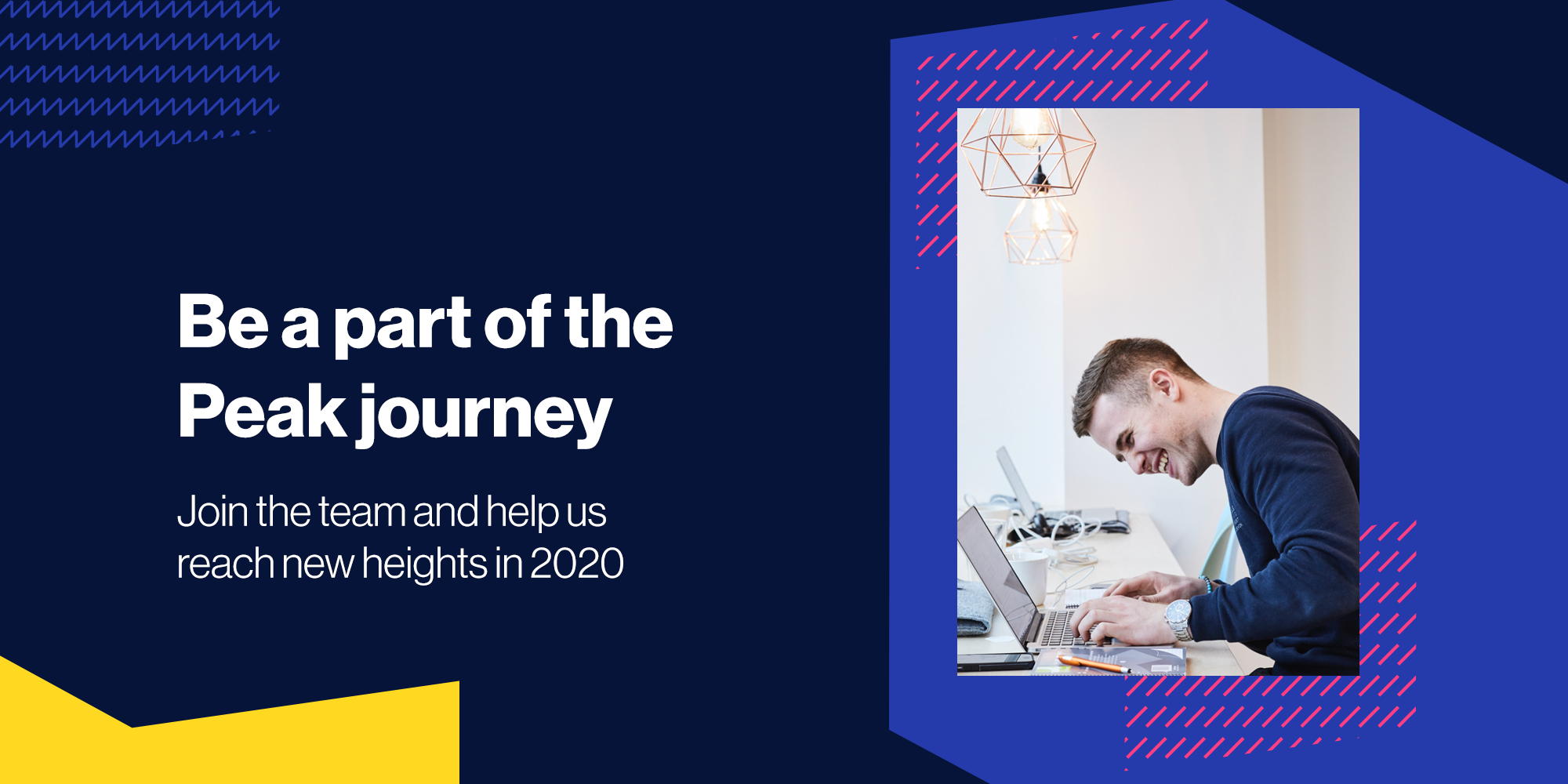