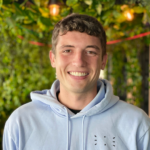 Welcome back to the latest instalment of our Meet Peak blog series! In the hot seat today is our events expert and marketing maverick, Marlee Briscoe! She talks through her day to day role, growing up in Texas and her previous life as an environmental auditor...

Hey Marlee! Tell us a bit about the work you do at Peak

Hi! I’m the Events Executive at Peak, running all external-facing events as part of our marketing team. That includes events around demand generation, team culture, customers, as well as our own Peak events Ensemble and Devbase, for data science and engineering respectively. I also run our partnership events for the likes of Amazon Web Services (AWS), Intel – you name it, I’ll be planning an event for it!

Lots to oversee, then! How long have you been at Peak now?

I’ve been at Peak for over two and a half years now, which is crazy to think about! I started as Richard’s [Richard Potter, Peak CEO and co-founder] PA in admin, and moved over to the marketing team in April 2019.

How did you find the move over to the marketing team?

I loved it! I found it extremely challenging as I’ve never been in marketing previously, but was reassured by Richard and several other members of the team that I was fit for the role. Hopefully I’ve proved that over time!

What’s the thing you most enjoy about your events role at Peak?

I’m an organizer! I love organizing things and the strategy behind our events, the cadence and the metrics behind them – I find it extremely fascinating. I’ve also loved the aspect of scaling our events presence as we grow as a company. That’s equal to the thrill you get on event day; it’s the nervousness of people not showing up and the swan-like mentality to keep focused – I thrive off that. There is some of that today, actually, because it’s event week!

Is there a link between your favorite parts of the role and the parts you find most challenging?

Yeah, I think the most challenging part for me is being quite agile in our strategy in being innovative. We don’t want to be like every other tech business, so there’s a constant challenge to think outside of the box, thinking “would Peak do it like that?” And if not, how would we change that structure of what another company has done to make it more like Peak? I find that most challenging because I love strategy and being really organized, so thinking outside the box has often been more difficult for me. But, I have found a lot of joy in working with other members of the marketing team to help with that aspect.

Are marketing a close-knit team, then? Do you like helping each other out?

Absolutely! I’m quite lucky to be in a team that’s very supportive. We have a great culture and camaraderie. Even though I’m the only events specialist in the business, other members of the team are always available and willing to help me out with setting up and so on, which is a great team-first mentality.

That’s great! Before Peak, though, what were you doing?

I actually owned my own business! I was an environmental auditor, and did consulting and auditing for different manufacturers in the United States, building CRM systems for them and all that jazz!

People reading may not know, but you are originally from the US – where specifically?

I am! Originally I’m from outside of Dallas, Texas. I say Dallas because it’s the closest major point on the map – my actual town only has about 20,000 people in it. So yeah, I’m from a very, very small town.

How does it differ to living in Manchester?

I don’t actually live in Manchester – I live in the country for a reason! I moved over to the UK eight years ago to North Wales for university. If you wanted a polar opposite to Texas then it would definitely be North Wales – both the weather and it being very mountainous spring to mind! I moved here just after my 18th birthday and knew nobody. You learn so much about yourself, and doing that at an early age is a great way to develop your character.

I bet it was quite scary coming over as an 18 year old?

It was terrifying! My parents came for three days and then left, but I was used to my dad travelling for work all over the world. That’s why I came to the UK to study, because I wanted to see as much as I could before I settled down! The closest university I was looking at back home was an eight hour drive away anyway, so it didn’t make much difference to my parents.

How does a Texas girl come to pick North Wales as a university option in the first place?

Part of it was wanting to learn a different culture, but not thinking I would settle down here! Secondly, I studied marine biology in my undergrad and postgrad, and I have a Master’s in Environmental Protection. At the time, Bangor University was 12th best in the world for marine biology. This made the move across the pond less of a gamble, knowing I would be getting a good standard of education.

Sounds great! So, how did you end up working in Manchester?

My husband’s family is from Cheshire, so we moved to be closer to them. I was then looking for jobs in admin, and eventually found myself here at Peak – and the rest is history!

Do you feel like you would want to go back into something more related to your degree later on?

No, I wanted to do academia after uni, but there were complications and now I’m so far from academia I wouldn’t want to go back! Mainly because I found such a passion for event planning and event organizing – I can’t see it not in my life now!

Well, that’s good news for us! So, what are your main hobbies outside of work?

I LOVE calligraphy! Anyone who knows me has seen my book and knows that I do calligraphy every day. I probably spend 30 minutes at night journaling and try to practise whenever I’m writing notes for work – I absolutely love it, it’s just so relaxing for me! Other than that, I’ve got a little rambunctious husky who loves to go hiking and camping, so me and my husband do a lot of that.

He’s three-and-a-half! He’s actually got an ear infection at the moment, so he’s feeling very sorry for himself!

(Here is a picture of Prince in full health!) Here is a link to the rescue center Prince is from, please pay it a visit if you want! 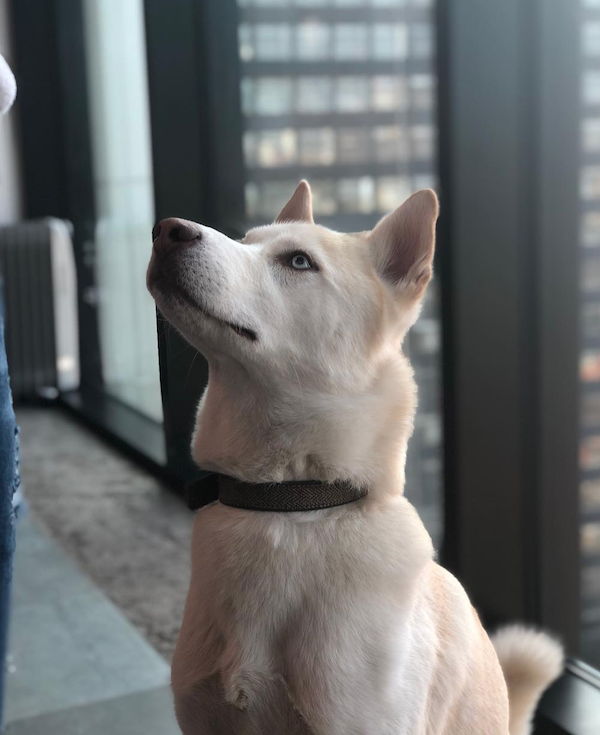 Tell us one (more thing) that our readers won’t know about you?

Well, I did ballet for 13 years from the age of two, and competed internationally! This kind of contributed to my move, because I sustained a bad injury and couldn’t dance anymore. I have also had a couple of snorkeling lessons and love to free dive!

Amazing! What international competitions were you a part of?

I competed in New York, Missouri, Florida and loads more! I competed in ballet, jazz, hip hop, street and was a lieutenant of my dance troop. There are some great Facebook videos you could probably find!

Last question, not many Americans leave their home shores because everything is on your doorstep. But obviously you have (a lot!) – so where is your favourite holiday destination?

I’ve been extremely lucky to travel to many, many different places. But if you’re wanting adventure, backpacking etc, then I’d say South Korea, definitely. I cannot recommend it enough! We spent two weeks backpacking there about four years ago now. On the other end of the stick, for a beach destination out in the sticks, then go to Puerto Rico – it’s an amazing island and my parents are going to retire there!

Well, hopefully you can start going there a lot more often very soon then! Thank you very much for your time Marlee, it’s been a pleasure as always!

P.S. – Marlee did not let us include a link to any ballet videos!

If you want to meet more of the Peak Team, then take a look at the other profiles we’ve done on the gang!